I laid my head down and I tried to get to sleep. I was both restless and exhausted.

I kept thinking of Ben Solo and Rey, sitting face-to-face in their final scene together in Star Wars: The Rise of Skywalker. An epic battle of light-and-dark ensued, where the pair fought the evil Sith Lord, Emperor Palpatine.

After much fighting, Ben was cast down to the bottom of one of Star Wars’ well-known “now-you-are-surely-dead-but-you-may-come-back-to-life” crevasses, leaving Rey to invoke the spirit of all the Jedi-past to empower her to defeat the darkness. 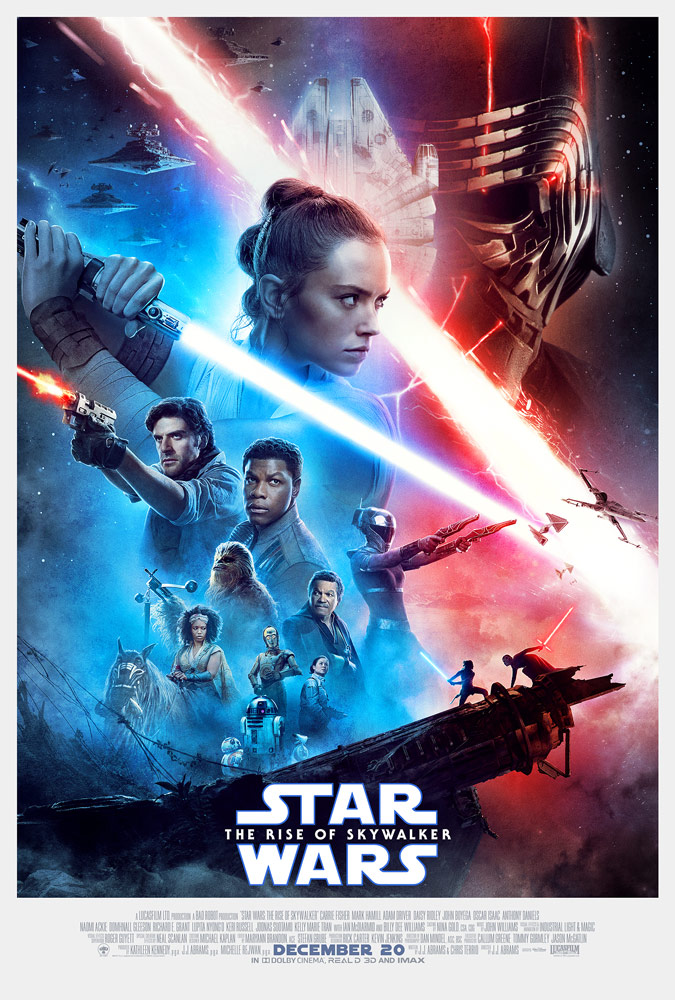 She did so, in one of the most teeth-clenching, breath-stopping moments of the series, countering the evil emperor’s statement, “I am all the Sith!” with an ultra-empowering, “AND I AM ALL THE JEDI!” Light passed through her and the Emperor, his minions, and his temple were destroyed.

It is a fully satisfying scene that replayed over and over in my mind.

In that moment of the movie, we did not yet know if Rey would survive as a conduit for that much force power.

We watched and waited as Ben Solo climbed from the crevasse (not dead) to see Rey lying before the now-destroyed Sith throne. He limped and stumbled toward her (a truly embodied piece of physical acting by the incredible Adam Driver) convincing us both his physical and emotional pain.

It was heart-wrenching to watch.

Ben Solo turned Rey’s lifeless body and took her up in his arms. We could see in his tender embrace what had been hinted and suggested at (and wished for my thousands of Force-Fans online) throughout episodes 7, 8, and 9: Ben Solo loved Rey deeply.

There was NOW no mistaking it.

He cradled her body close to his, laying his hand gently on her torso to transfer his life force into her. He closed his eyes and the movie’s music crescendoed. I could almost feel him breathing life into her, as I held my own chest in anticipation.

I replayed this moment over and over in my mind, and I was completely absorbed in it.

It is these kinds of chest grabbing, tear-jerking, kick-ass, joy-filled moments that make up the body and soul of the Star Wars saga. I felt the same when I saw the Rebel fighters take down the AT-ATs on Hoth; when I saw Yoda reveal his face to Luke on Dagobah and help him complete his training; when the disguised Bounty Hunter, aka Leia unfreezes her beloved Han Solo; when the Rancor (the most misunderstood and hungry guy on Tatooine) tries to eat Luke at Jabba’s Palace; when Leia and Luke sped through the forest of Endor on the speeders…and on and on.

Star Wars is made up if these miracle story moments – the ones that as a child, were the springboard for my playtime; as an adult, a conduit for connection with fellow fans and the magic of imagination within. It laughed, I cried, and I learned how to catch my breath, fully absorbed in the characters and their stories.

I reached out to my friends as we celebrated the launch of the Final Chapter of the Skywalker Saga and asked them: “Why does Star Wars matter to you? What is it about the story that means something to you? What are your best Star Wars memories?”

Their responses were heartening and beautiful.

Chuck McLean: Ever Since I was a little child I loved the aesthetic of the Star Wars Universe. It was a real place to me. Star Wars sparked my creativity at a young age with playtime -a stick could be a lightsaber or blaster playing outside with my friends, or making silly movies with my family. Drawing pictures or building with legos always had some essence of Star Wars injected into it. Still to this day that has been a part of my creative energy. As I get older, I often think of how the lore of Star Wars starts to make more sense when I try to understand the world around me. While the top physicists in the world try to understand what “Dark Matter” is, or why there is gravitational attraction, I just rely on the words of Obi-Wan when he explained the Force to young Luke. “…an energy field created by all living things. It surrounds us, penetrates us, and binds the galaxy together,” or any of the wise quotes from Yoda, the Jedi Master. “Do or do not. There is no try.” “Fear is the path to the dark side. Fear leads to anger. Anger leads to hate. Hate leads to suffering.” Or “Pass on what you have learned.” That is enough for me.

Bryce Hach: I was born in 1974 and Star Wars came out when I was not quite three years old. I saw it in back-to-back showings in the Ames, Iowa shopping mall theater the first time I saw it and it is my very first memory. I feel that my life and Star Wars kind of had a similar birth in that regard. When I was in kindergarten, a beloved teenage friend, Jim, from across the street, spent who-knows-how-many-hours to hand-make me a life-size X-Wing Fighter in my basement. That friend was in a terrible bicycle accident that left him forever mentally paralyzed not long after that. It was the best present I had ever received. When I was seven, I remember my dad putting the whole neighborhood of kids into the station wagon to see the original Star Wars when it was re-released in a local theater. When one of the kids started talking during the film, I stood up and said, “This is Star Wars and that that behavior was entirely unacceptable!” I wear the same 1977 iron-on “May the Force Be With You” t-shirt for the first showing of each new Star Wars movie in the theater since my early childhood. The shirt is a youth size and stretched to hell but it will be worn again come December 19th. A long time ago in a galaxy far, far away is synonymous with a more innocent time in my youth that holds true no matter what stresses, responsibilities or challenges adulthood throws at me. As I have gotten older, there is something strangely reassuring to see that the characters of Star Wars have gotten older too. Mark Hamill was a teenage Luke Skywalker for so many imagination adventures in my childhood home, either in dress-up or with action figures, and now we all look a little worn for wear. Beyond the memories, I love the mythic good vs. evil (light and dark sides of the force) the film embodies but also how the films show so many tributary storylines of scoundrels, bounty hunters, warlords, rogues and the like, who operate on the fringes, opportunistically carving out niches throughout the film’s many narratives. I love the characters in all their many forms, languages, fictional cultures and nuances. I love the soundtracks with all the original music from John Williams. I love the many notable quotes from the film that are forever etched into my daily lexicon. And finally, I find the Star Wars films visually awe-inspiring. It is vast and panoramic and yet still intimate and approachable

Ann Casey: Star Wars matters to me simply because it brings my family together. While I think the story is awesome, I think it is even more impressive to do what is done in episodes 4-6, then I do  in the prequels, then sequels, not to mention all the shoot-offs. It spans generations and is something my entire family can enjoy.

Patty Holliday: My parents didn’t have a sitter, so they loaded up 3 little girls and took us to the movies to see Empire Strikes Back. It’s one of my earliest full family memories. And that moment where Darth is revealed as Luke’s father? ZOMG 6-year-old me was shook! It’s the first fandom I ever had and the one I was most eager to pass on to my own children. And yes, my son’s name is Luke in part so I could say, “LUKE- I AM YOUR MOTHER” at embarrassing moments in his life. 😉 This ending? This ending is probably going to take me back to that 6-year-old moment because the ending of Star Wars is most certainly going to rock our worlds.

Miles Hanson: To me, Star Wars represented a world filled with potential where you could be whatever you wanted to be. That a kid on a dusty planet, drinking blue milk could lead a rebellion. Or someone rough around the edges with questionable morals could still come through as the good guy.. or just because you came from high society, doesn’t mean you can’t play in the dirt. Their Universe is vast and lived in with rich history and mysticism, its easy to fall in love with.

Scott Luers: What an amazing piece of the hero narrative that hits us all to the core- good vs evil, with cool things like lasers (even without sharks!) and lightsabers. But in the end I think we all just love to see good triumph over evil even when the chips are down (and aren’t they always?). I think it parallels a lot of the struggle of our lives, as well as what we hope for in our country.

Let us know why Star Wars matters to you? We would love to hear it. Share it in the comments below or on our social media pages.

This is a personal fan review and is not affiliated Walt Disney World, Star Wars, or the Walt Disney Company. Views and Opinions are my own