Star Wars Galaxy’s Edge: The Lifesized Playset You Have Been Looking For. 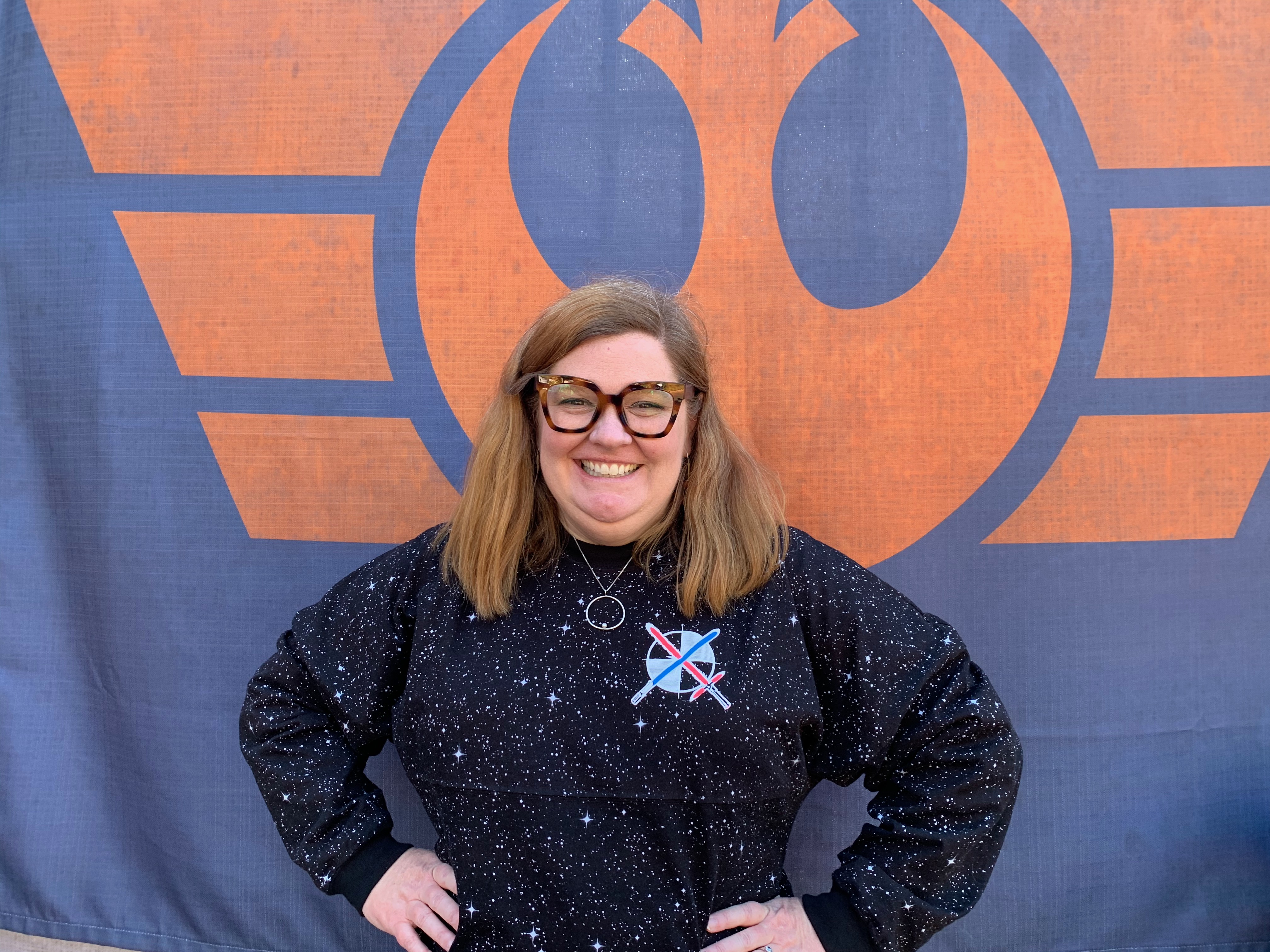 Star Wars Galaxy’s Edge: The Lifesized Playset You Have Been Looking For.

It was 1982 and I was standing alone in the front aisle of our local BEST department store. The sun shone brightly through the windows and the dust motes lazily floated to the floor through the rays of light. I turned around to look at the shelves, sparsely filled with toys, yellowed books, and bric-a-brac. It was there I saw the playset that I had been dreaming about: the complete Kenner Dagobah System from Star Wars Episode 5 – The Empire Strikes Back.

“It MUST be wrong,” I thought. I had a crumpled five-dollar bill in my granny-style, pinchable plastic change purse, and my heart skipped a beat. This was the size of playset usually reserved for birthday or holiday gifts – NOT something that the average 8-year-old could afford on their own.

I started to have fully self-possessed AND out-of-body experience- a sensation that I would later come to know as being in the “zone.” I removed the box from the shelf and took it over to my mother who, at first glance, reacted immediately and said, “I’m not buying that for you!”

“No it isn’t,” my mother replied tersely.

Then I showed her the tag and said with a firm mix of pride and tremulous fear, “I can buy it by myself!”

She looked at me with a mixture of emotions. I could see that she was prepared to either acquiesce or overrule me – both outcomes weighing in with a 50/50 chance. To my luck, she chose the former, and I placed the box on the counter and got out my crumpled bill to pay the cashier.

I played with that set for what seemed like forever and kept the original box until it fell apart in my late 30s. The foam that acted as the “swamp” became a sticky, disintegrating mush, and I lost the levitating boxes one by one. I still have Yoda, his snake, and the training backpack, along with Luke, Darth Vader and Obi-Wan, complete with retractable lightsabers. After decades of house and apartment moves, countless cats, dogs, and two children of my own, the Dagobah System playset stands as a reminder of my enduring love for Star Wars and what the stories mean to me.

I recently visited Galaxy’s Edge at Disney’s Hollywood Studios the Walt Disney World Resort. The Star Wars-theme land is deeply immersive and is meant to act as a LIFE-SIZE play and improv space.

Everywhere you turn, images from the films and shows are made manifest – the centerpiece of which is a fantastic life-size Millennium Falcon. At first pass (and even second or third), guests need to take time to absorb all the details. It is a full sensory experience; every sight, sound, and every smell curated to match the setting.

It is a land that demands interaction – much the same way that my Dagobah playset required that I get down on the floor and use my hands and my imagination to make the scene come to life. Galaxy’s Edge is NOT a passive attraction experience. There are no character meet-and-greets; nor EXACT replicas of scenes from the movies. Instead, the land is full of creative and immersive suggestions.

There is an inherent tension that exists in that – one that asks us to PLAY by revealing the cards that we as fans have held so tightly to our chests. Star Wars is OURS and we have had YEARS since 1977 to build up our deeply personal fantasies and our attachments.

As exciting and amazing as Galaxy’s Edge IS, I found myself wanting more… not from the land, nor the attractions or the cast members, but from MYSELF.

I wanted to be able to fully let go and I wondered what it would be like to play in Galaxy’s Edge, much the same way that I played with my toy sets, or out in my yard, with a stick acting as my lightsaber.

I stood in the Batuu Marketplace and I wished that I could be there with my family and a director, costumer, and extended team of like-minded fans who were willing to go full-on-geek with us. I wanted to be able to let myself play; to be fighting for the rebellion, drinking at the Cantina, and helping Chewbacca repair the Falcon.

I LOVE what Disney has created with Galaxy’s Edge and the challenge it presents to me. I sipped several drinks at the Cantina and sang the chants along with the cast members. I rode the attractions and marveled at the jaw-dropping detail and the role-play of the Imperial Officers and Storm Troopers. I squealed with delight as we punched it to lightspeed in the cockpit of the Millennium Falcon.

It was all quite wonderful and perfect.  I remembered and FELT that blissful state of childhood imagining.

Have you been to Galaxy’s Edge? Let me know your experiences in the comments below.

Find out more directly from the team at Walt Disney World Resorts.

Share your thoughts on Galaxy’s Edge. Did you experience anything similar? Did you want the land all to yourself? Or did you want something else?

Thank the maker for PANO shots on our smartphones. There is SO much to see in Galaxy’s Edge!

This is a personal fan review and is not affiliated Walt Disney World, Star Wars, or the Walt Disney Company. Views and Opinions are my own.